Do you grind, gnash, or clench your teeth unconsciously throughout the day and at night? Then you may suffer from bruxism.  Bruxism can affect children and adults well into their senior years. Although scientists and doctors do not know the exact cause, there are several factors that seem to contribute to the disease.  Dr. Michael Larson of Yuba City Orthodontics can help you if you are dealing with bruxism.

Experts say that as many as three out of ten kids grind their teeth or clench their jaws. One reason for this is that they are responding to oral pain and are seeking relief. Earache and teething are the most likely culprits. In other cases, the grinding is brought on by stress, such as problems at home, worries about school or conflicts with friends and classmates. Other possible causes include hyperactivity, other medical conditions and even medications the child is taking. Most times, children outgrow Bruxism by the time they reach their teen years.

In a 2008 study, researchers found that teens with psychosocial disorders, including thought disorders, conduct disorders, and antisocial disorders were at a much higher risk of Bruxism. In fact, teens with Bruxism were sixteen times more likely to suffer from one or more of these disorders than teens without Bruxism. Pressure to fit in, troubles at school, and other social factors may also play a part since they add to the stresses that teens are under. This stress may manifest itself in teeth grinding both during the day and at night.

Adults face a plethora of stresses including family, relationship, and career pressures. Tooth grinding and jaw clenching are often a response to these stresses. Although the condition can affect anyone, it is most common in adults between the ages of 25 and 44. Women aged 27-40 years old are the most likely among this group to have Bruxism. Chronic stress, anxiety, and a competitive or aggressive personality are often cited as triggers for the condition. Also, adults that use tobacco, drink caffeinated or alcoholic beverages, and those that use anti-depressant drugs are at a higher risk.

Bruxism In The Elderly

Although fewer elderly adults suffer from bruxism, it is not unheard of. Those with sleep problems, such as snoring, sleep apnea, and insomnia are at risk of developing the condition. It’s also believed to be caused by several other age-related diseases and disorders. Among them, Alzheimer’s, Lewy body dementia, stroke, Parkinson’s disease and Huntington’s disease are potential causes. Additionally, there are many medications, such as antidepressants, that can cause the problem.

Although there is no known cure for Bruxism, the damage caused by continued tooth grinding and jaw clenching can be mitigated. The most common treatment is a night-time dental guard which helps to protect the teeth from damage. Additionally, stress management, medication changes and eliminating alcohol, caffeine and tobacco products can also reduce the risk of Bruxism. If you have the suspicion that you might be grinding your teeth, compare your symptoms with our list of some of the most common symptoms of teeth grinding and don’t wait to protect your teeth.

If you are experiencing symptoms of bruxism, you should contact Dr. Michael Larson and his team at Yuba City Orthodontics. Dr. Larson has undergone specialized training so that he can formulate the right treatment for each patient. 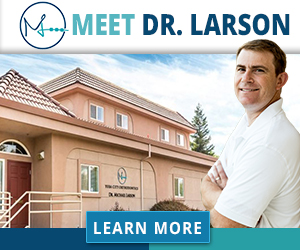 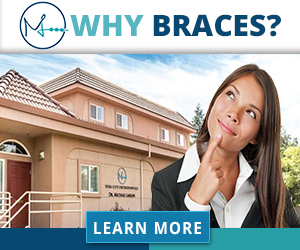 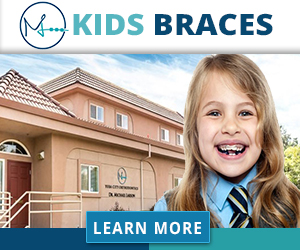 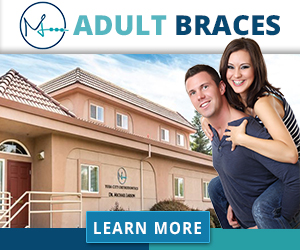